How the Allies beat the all powerful Zero

Behind the barbed wire fence, Hangar No.7 evokes a time when Australia was under threat and Brisbane was in danger of becoming the frontline in World War Two.

On 28 April 1943, General Douglas MacArthur, Commander-in-Chief of the War in the South-West Pacific, wrote a letter authorising Lieutenant Clyde Gessel and his crew at the Allied Technical Air Intelligence Unit access to all necessary transportation, communication facilities, guards, rations, labour, vehicle fuels and parts for his top-secret mission to analyse why the Japanese aircraft were superior in the air. To do this, the Hangar No.7 crew reassembled a Japanese Zero aircraft then flew mock dogflights over Moreton Bay and Brisbane’s northern suburbs.

Visit Hangar No.7 to experience the sounds of the first reconstructed Zero taking off and learn more about the secrets inside. Hangar No.7 is at the south west corner of TradeCoast Central Heritage Park. The best access to Hangar No.7 is via the southern carpark on Backhouse Place directly outside the Interpretive Centre located on level 1 of the main building. Follow the signs along the pedestrian underpass.

The TradeCoast Central Heritage Park Interpretive Centre has much more information about Hangar No.7 including General MacArthur’s letter to Lieutenant Gessel, the story of the Mitsubushi Zero, and the Allies’ treasure trove of crashed or captured enemy air force equipment.

The pages in this section of our web site explain how Eagle Farm became an aviation hub critical to the war effort and later Brisbane’s main airport until 1988.

Eagle Farm became one of Queensland’s early aviation hotspots on 16 August 1912, when Arthur Burr ‘Wizard’ Stone, a daredevil American, flew his Metz-Blériot monoplane for Brisbane aviation enthusiasts. It was the dawn of Australia’s aviation age.

The crowds cheered the flying ace higher into the air above Eagle Farm racecourse, the aeroplane climbing and swooping in an astounding display of aeronautics. A Cadillac on the ground was hurtling around the track at nearly 80 kilometres per hour. The plane was easily outracing the car, but this was hard to tell, as the car and the aeroplane were travelling in opposite directions.

With his aerial acrobatics, Wizard Stone introduced Queensland to the romance of flight and the reality of aviation. Avid aviation enthusiasts sang the praises of the daredevil American. But it was his teenage apprentice and mechanic, a young Bert Hinkler, who was to become one of Queensland’s greatest aviation heroes. 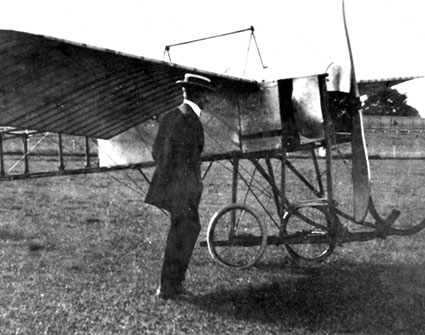 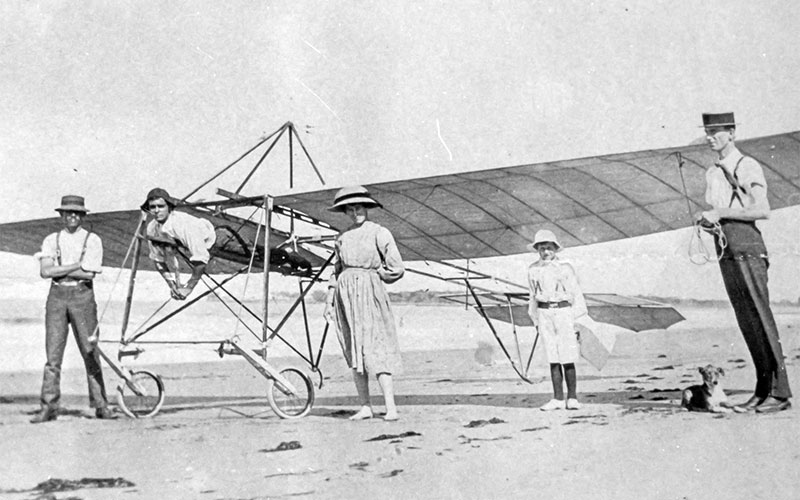 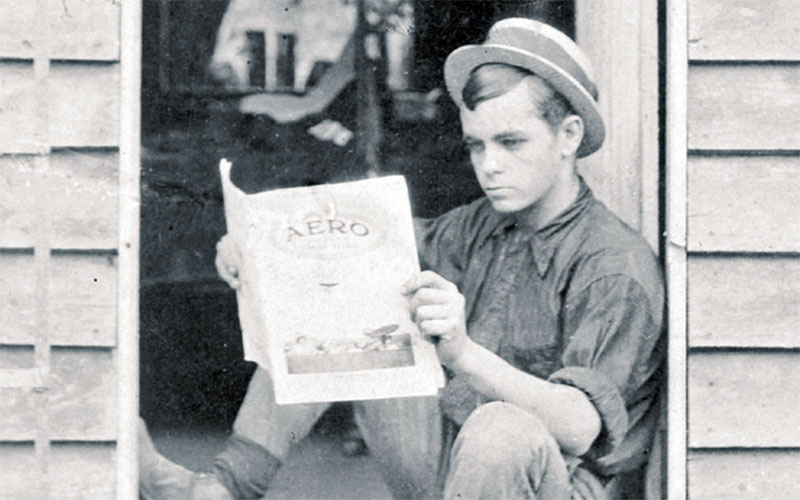 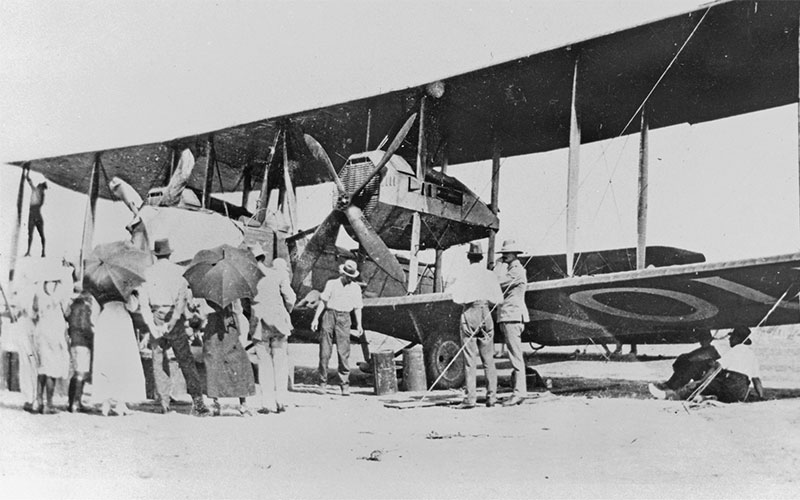 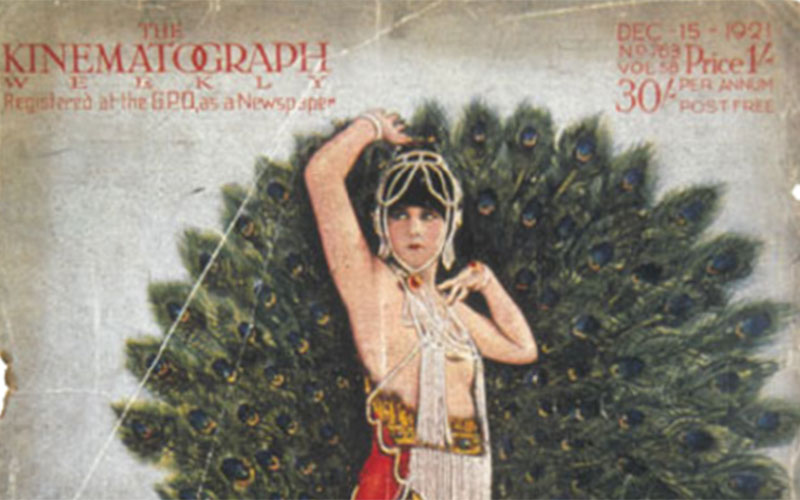 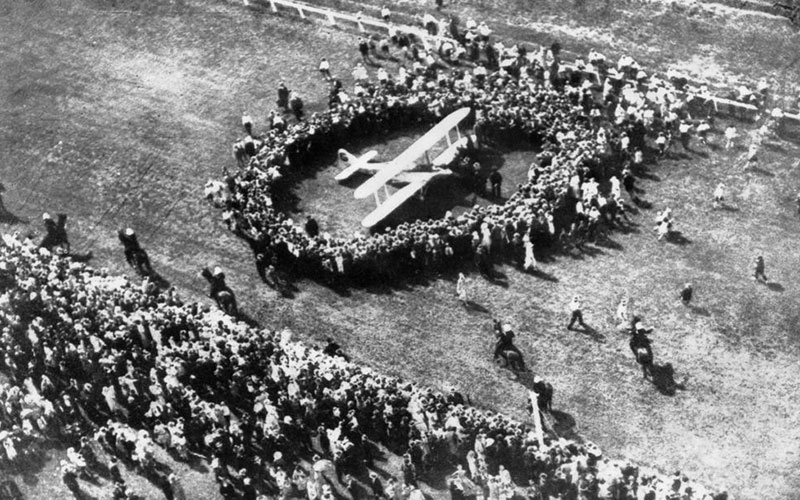 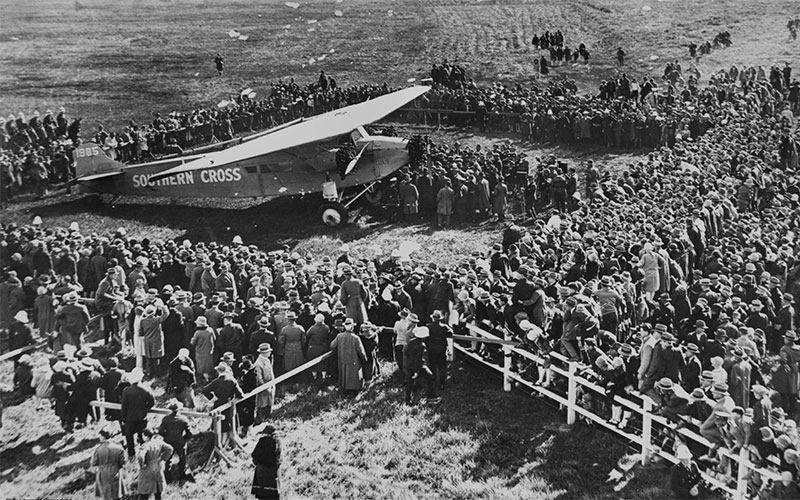 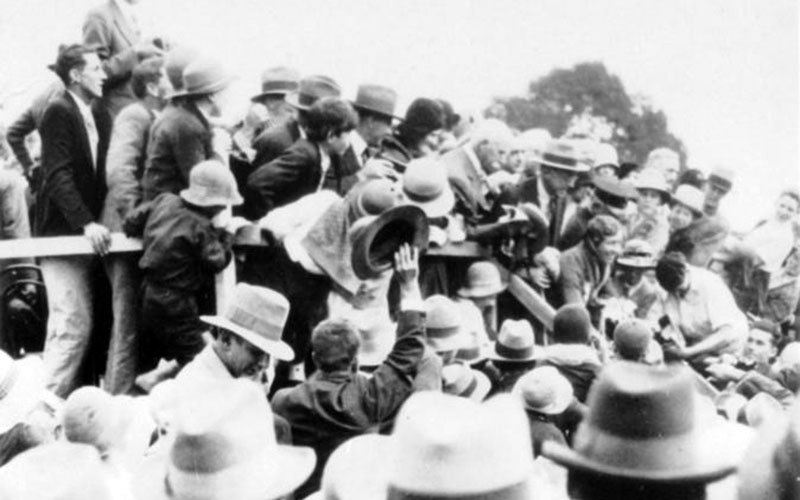 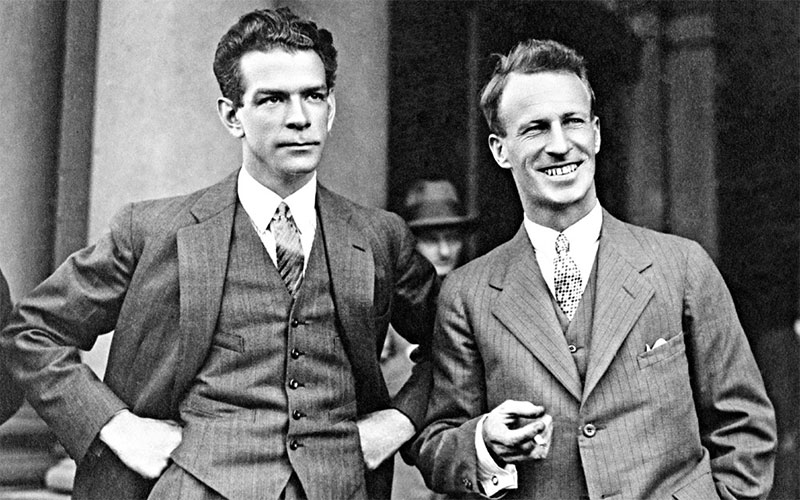 In 1939 the Eagle Farm airfield was rapidly upgraded as an aviation training school for the Royal Australian Air Force (RAAF).

On 18 April 1942 Prime Minister Curtin endorsed US General MacArthur as Supreme Commander of the War in the South West Pacific. Eagle Farm was immediately developed as a major aircraft assembly depot and military aerodrome for the American forces. Brisbane was the front line, south of which was to be defended at all costs. 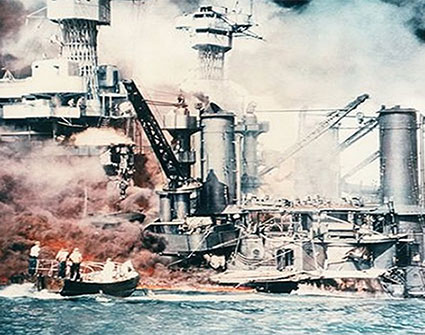 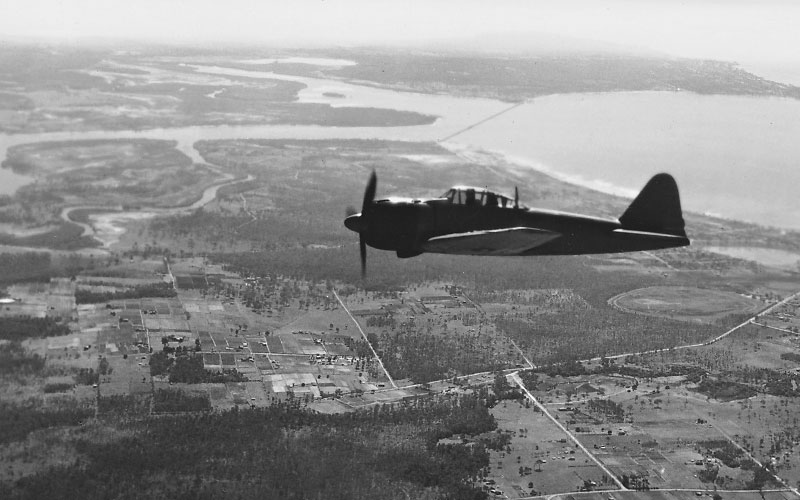 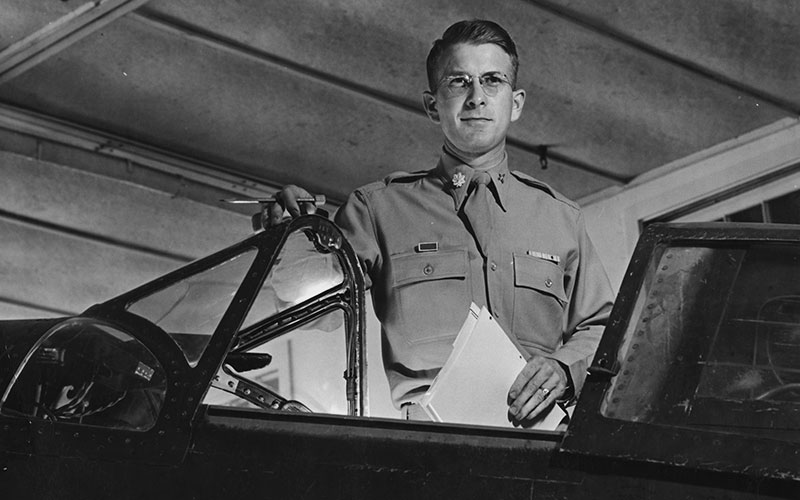 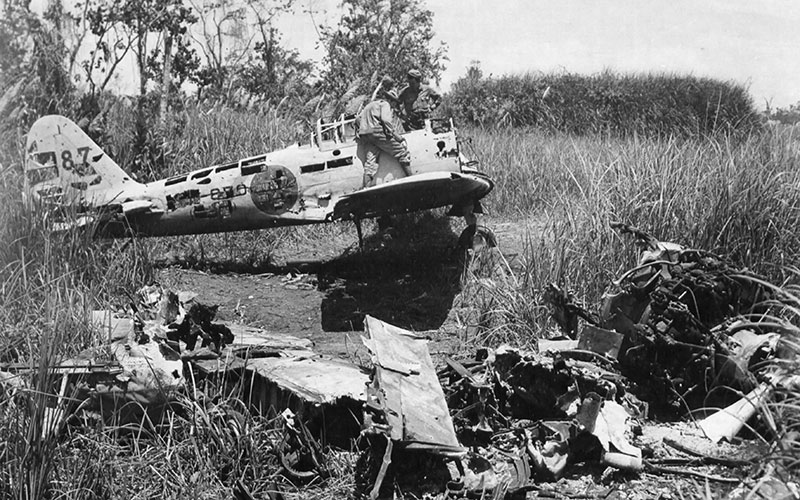 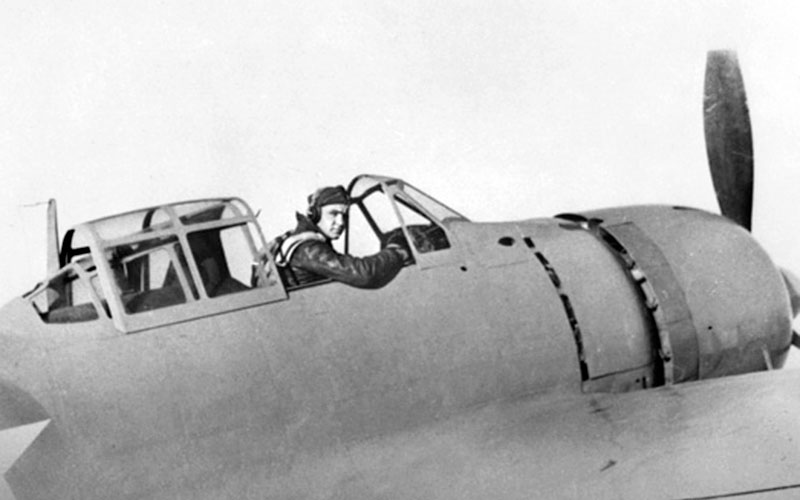 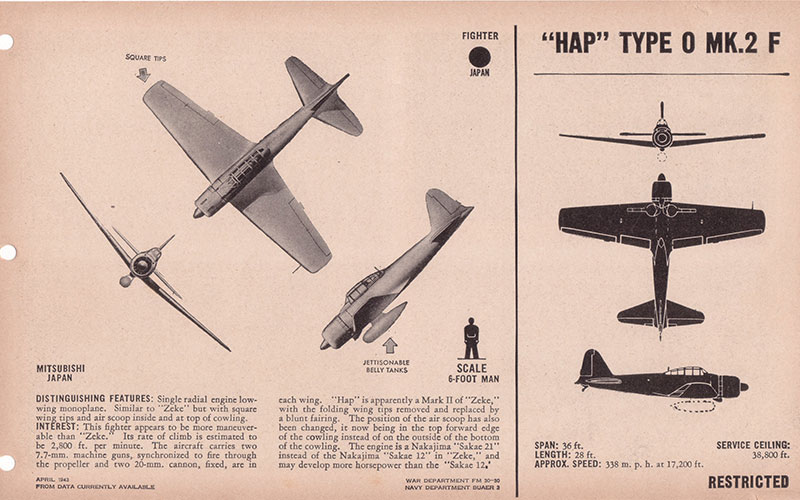 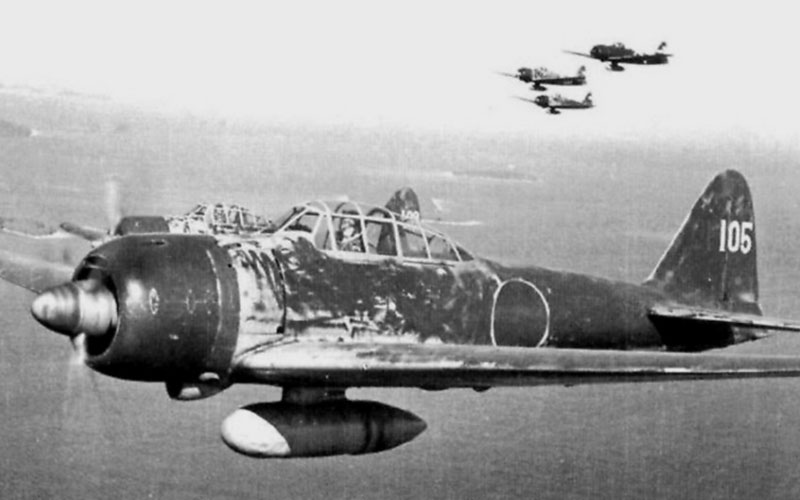 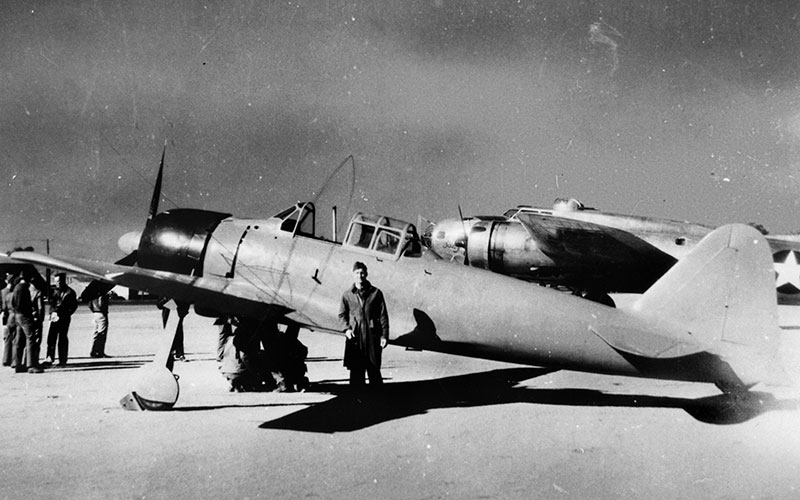 The story of the Allied Technical Air Intelligence Unit based at Hangar 7 at Eagle Farm Airfield during WWII. Their role was to recover captured Japanese aircraft and obtain as much intelligence as they could from them, which included rebuilding and test flying a Zeke Type 32, an Oscar and a Tony from Hangar 7. A number of RAAF personnel were attached to ATAIU.